Those who have been patiently waiting for a new jailbreak for iOS 7.1, 7.1.1 and 7.1.2 now have a new source. The unexpected news recently came from a team of Chinese developers under the name Pangu. The surprise though is mostly due to the fact that the new jailbreak is not coming from the Evasi0n team, who has released the previous jailbreak for the last two years.

So naturally, the news of a new jailbreak from a different source comes with some doubt and hesitation from many in the field. After much testing from these experts, the skepticism has finally been put to rest and the new Pangu jailbreak has been given the stamp of approval from the jailbreak community. 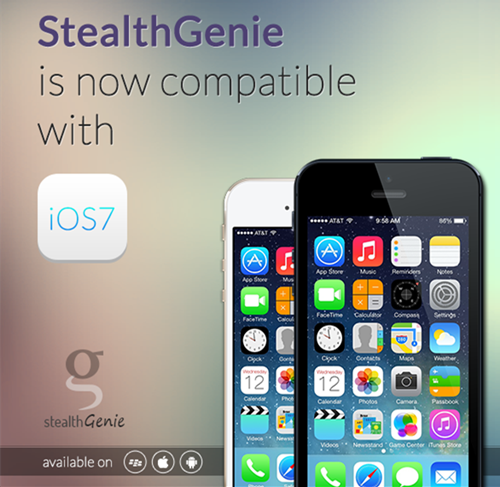 So what does this mean for StealthGenie users?

The news of the untethered jailbreak means users of iOS devices running iOS 7.1, 7.1.1 and 7.1.2 can now monitor their mobile devices using the StealthGenie spy app. This StealthGenie compatibility news includes all devices running the latest iOS including the iPhone 5S and 5C, iPad and the list goes on!

With the news of the new Pangu jailbreak, users will have access to StealthGenie features including:

For a complete list of all available StealthGenie features, please visit www.stealthandroidspy.com. Currently, the Pangu jailbreak procedure is only available for Windows PC users. A Mac OS.x compatible version is currently under construction.